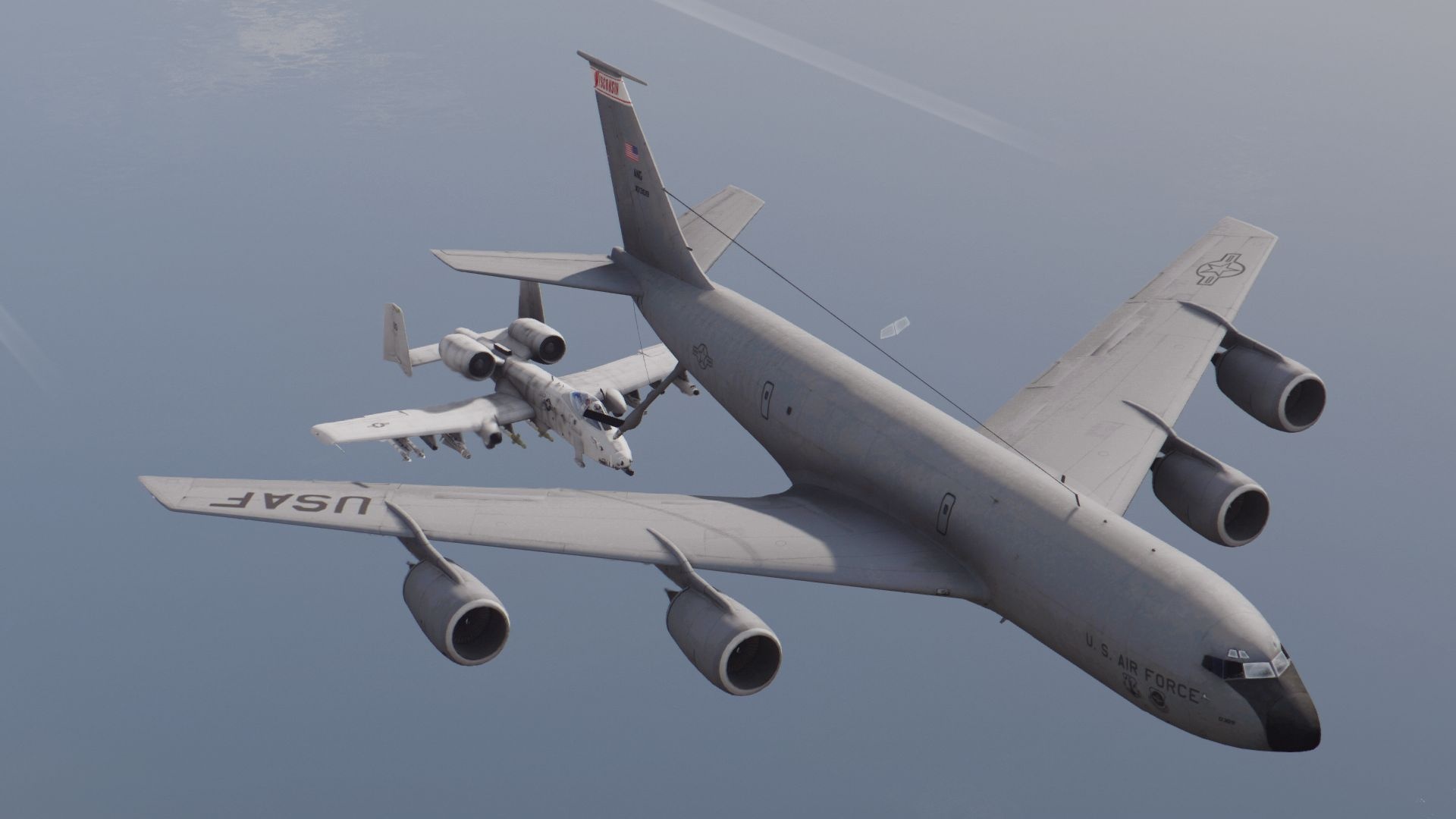 A new aircraft to extend the USAF fleet in GTA V. This is the Boeing KC-135R Stratotanker, which shares its appearance with the Boeing 707. The KC-135 is primarily an aerial refueling aircraft, allowing the boom on the back to be lowered and transfer fuel to other jets or bigger aircraft.
This mod right here comes with 6 different liveries and openable cargodoor, allowing you to walk inside the cargo deck. The boom operator’s compartment has also been modelled (not accurately when compared to the real deal, buuuuut who cares). The boom can be lowered and the visor in the rear can be opened.
Also the first time I managed to do a custom layout, allowing 10 people inside the plane (bodyguards warp into their seats just fine). The anim on the boom operator is currently bugged when not in first person, but I will try to have that fixed at some point.
Original model:
DCS: A-10C
FSX