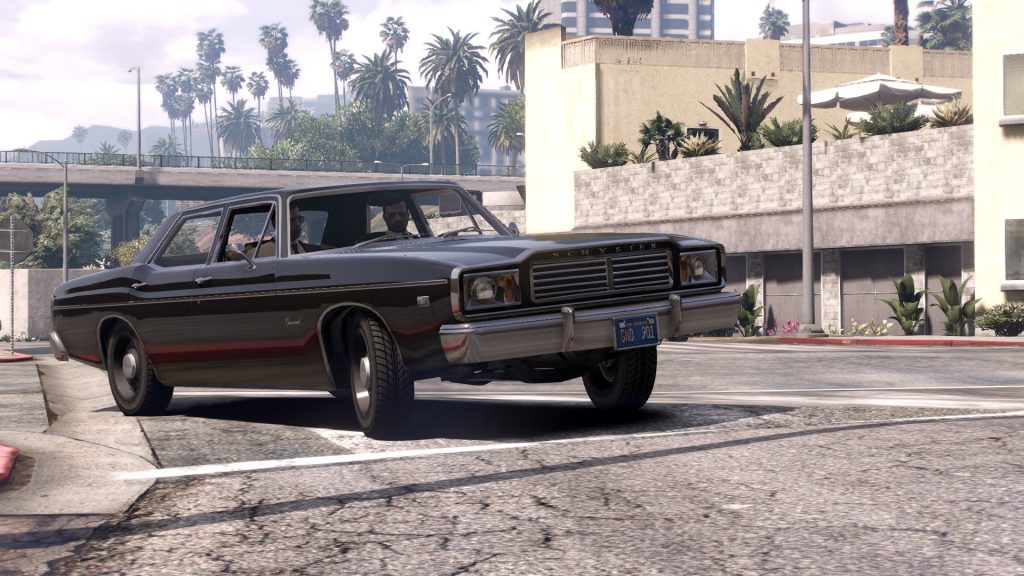 “It’s often said that cars these days are too computerised for their own good. One minute, you’re fighting with the centre console, fumbling about trying to tune into Los Santos Rock Radio, and the next, you’ve almost been splattered by an 18-wheeler on the Great Ocean Highway because the unresponsive touch screen refused to let you answer your phone without using your hands. Fortunately, we might just have the answer for you, courtesy of the Schyster Greenwood Classic, a blast from the past that is ready to prove it can continue to pack a punch in the present day. Gone are the excess gadgets and curved lines in favour of no-nonsense analog electronics and a bodyshell so sharp you could use it to spread butter.” – Southern San Andreas Super Autos

All base features of the game work on this vehicle, and it even includes a wonderful ram bar for when you need to be persuasive. Or you want to pretend you’re a cop from the 1970s. I won’t judge.

Install instructions: pop the folder in your mods folder and add < item>dlcpacks:/greenwoodc/ < /item> to your dlclist. Model spawn code is greenwoodc

People that worked on this disaster:
2k Czech and Hangar 13: Original Eckhart Champion PE model
Bondergomme, 11john11: Base car conversion to GTA V from Mafia III
Me: Converting to civilian spec
EddIm: Revised handling
Introvert: Releasing the original police spec version of the car, providing badge textures
Kiryu: For dropping the absolute BANGER of a description in the comments
Malcom, AbsolutelyHalal: Taking the original screenshots of the car for earlier releases, much appreciated boys
Skysder of Skysderworks (you ain’t living this down): Period-correct carvariations
Sealyx: mOtIvAtIoN
San Andreas Republic FiveM server: For putting up with the garbage handling this car initally released with when I first made it and for beta testing it.
Yannerins: Beater livery, pointing out bugs