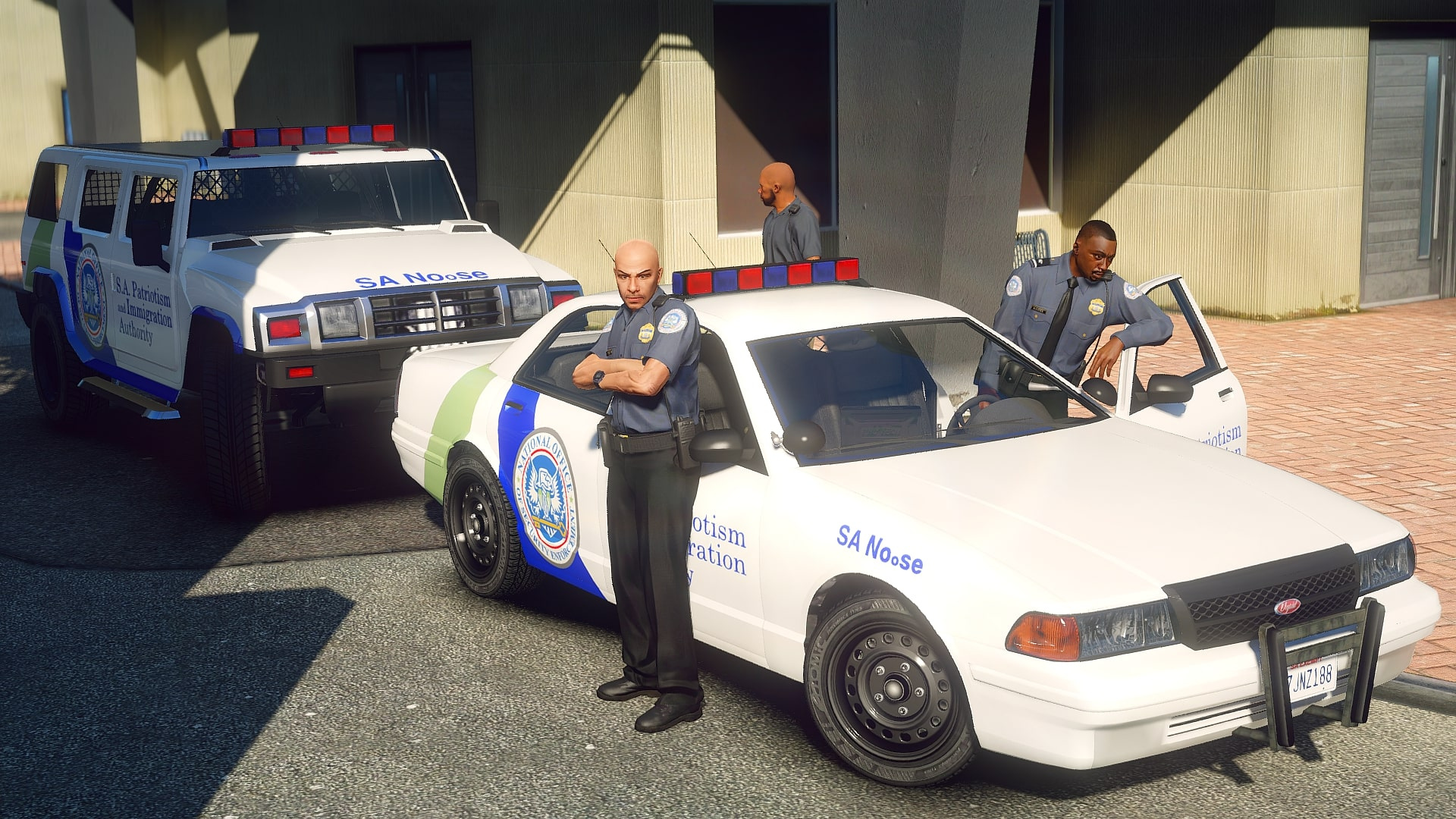 The Patriotism And Immigration Authority is here to help and tighten the noose around any foreign enemy who dares to oppress the freedom of any true American citizen. Thanks to the Jingoism Act, the National Office of Security Enforcement is fully equipped and tactically trained to keep the f*cking terrorists away from our land and to stop the beaners, towelheads and cabbage eaters from stealing our jobs using 100% American firepower.

DESCRIPTION
The Patriotism and Immigration Pack aims to improve the NOOSE equipment in game mostly following the original canon design. The pack includes the NOOSE Cruiser, returning from IV but now turned into a 2nd generation Stanier with an almost identical lightbar and livery from its original version; while the NOOSE Patriot, also returning from IV is equipped with the same equipment, although with a few additions like trunk equipment, a police console and laptop.

The vanilla NOOSE vehicles in game were also changed to match the vehicles above. The Riot has an improved livery and emergency lights, and the Annihilator is now equipped with a working spotlight while keeping its machine guns usable along with an improved livery similar to the IV version; there is also an unarmed version of the Annihilator with the same changes except the removal of the machine guns and functional side doors.

Two brand new NOOSE-related pedestrians are added on the pack. The first pedestrian is an uniformed officer based on TSA and CBP officers, while the second pedestrian is a field operator, inspired on ICE and CBP field agents. The vanilla NOOSE TRU agent was also edited to include a second helmet with goggles down and added an extra “N.O.O.S.E” patch.

Changelog:
– 1.0 – Initial release
– 1.1 – Changed the model names for the NOOSE Cruiser and unarmed Annihilator to avoid conflicts with other mods
– 1.1a Fixed the dials in the NOOSE Cruiser.