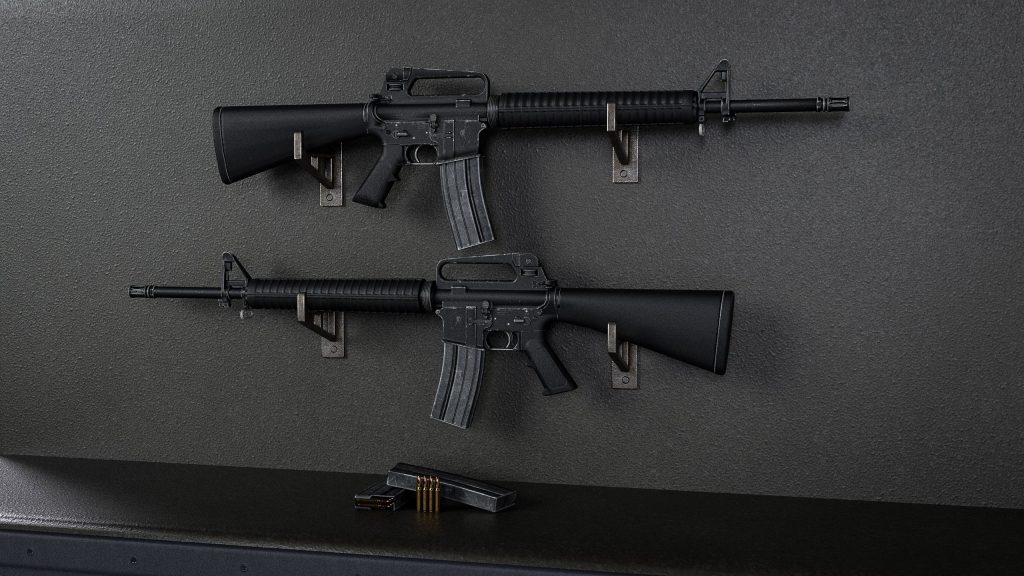 The development of the M16A2 rifle was originally requested by the United States Marine Corps as a result of combat experience in Vietnam with the XM16E1 and M16A1. It was officially adopted by the Department of Defense as the “US Rifle, 5.56 mm, M16A2” in 1982. The Marines were the first branch of the U.S. Armed Forces to adopt it, in the early/mid-1980s, with the United States Army following suit in the late 1980s. The weapon’s reliability allowed it to be widely used around the Marine Corps’ special operations divisions as well.

Equinox407
Full credit goes to Katka for the original mod on steam. I simply ported this mod to GTA V. This model is from Insurgency Sandstorm, I take no credit for creating the model or textures.