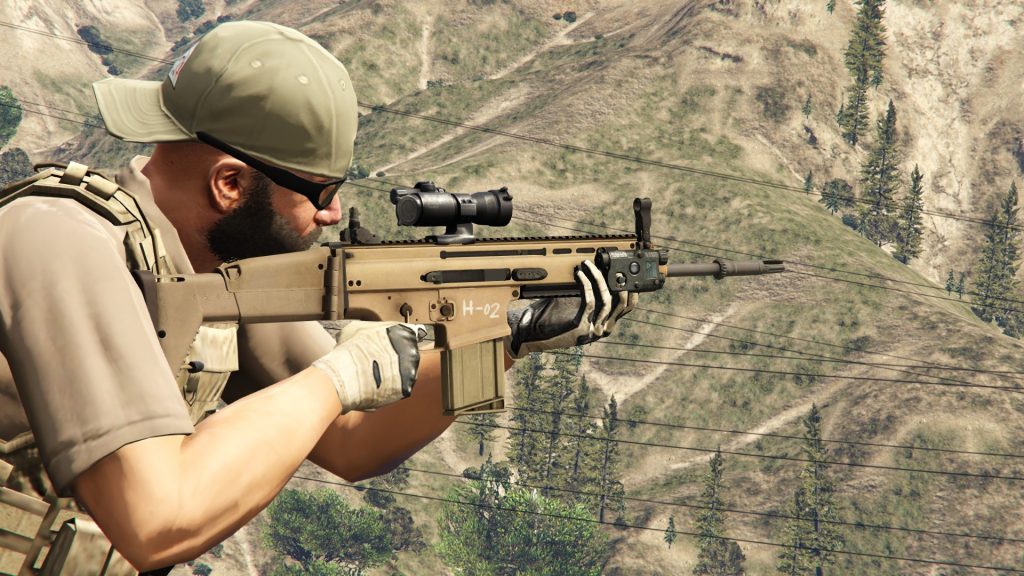 Well I was disappointed in the 2d rails of the payday 2 scar-h so I used the model from battlefield 4, I know, I know there’s already a model from bf4 but in order to keep originality I re-textured it to look like the one from payday 2 and an additional texture that stays 100% true to the payday 2 one, and edited the iron sights to make them more similar to the scar-h from payday 2 as well.

I’m proud of the drum mag since treyarch decided to cut 1/3 of it I’m guessing for optimization (60fps on ps3 explained :P) so I had to remodel it from the little that was left (and uv map it) first time doing something like that so tell me what you think. Maybe in the future I can model my own attachments to not waste time looking for some through the internet 😛

Update 4.0:
Scope, flashlight and muzzle flash in the right positions

Note:
The drum mag replaces the extended mag instead of drum, this was done for some people who wanted to buy it on ammunation in sp and don’t have a trainer.*

Assets: DICE, Treyarch (and partially me).