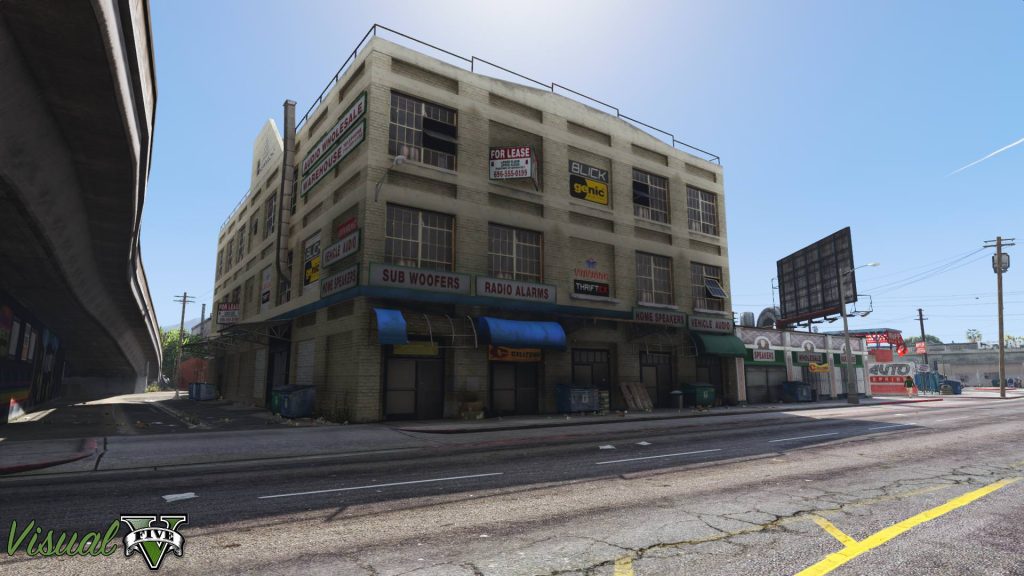 VisualV is a graphic overhaul modification for Grand Theft Auto V, bringing you a completely redone weather effects, edited modificators for areas/interiors, improved color correction and much much more to add some life to Los Santos and Blaine County as well as a fixed rendering code, so your playing experience will be more smooth and nicer.

What was changed in VisualV?

– All weathers rewritten from scratch, based on hundreds of Los Angeles photos and movies.
– Draw distance of lights was increased and they are more visible.
– Moon movement is corrected (no more moonrise at west!).
– Moon size was matched to the real world.
– Volumetric fog effect was improved, now it’s stunning as it should be.
– Clouds colors, intensity and movement were built from scratch.
– Shadows under vehicles are in higher quality, so they aren’t blocky anymore.
– Chromatic aberration and vignetting were removed from the normal gameplay.
– Lens flares are all the same for three lead characters.
– Dithering effect from the grass was removed for good, rainy weathers will make it great!
– And many, many minor fixes.

VisualV has own ReShade and ENB presets, with heat haze effect available only for VisualV.

VisualV has introduced several optional changes to improve your game experience, here is the list of them:

1.0.550 version:
Compatibility with The Criminal Enterprises update (1.0.2699.0).
OpenIV mod Package is included, you can install VisualV in few clicks!