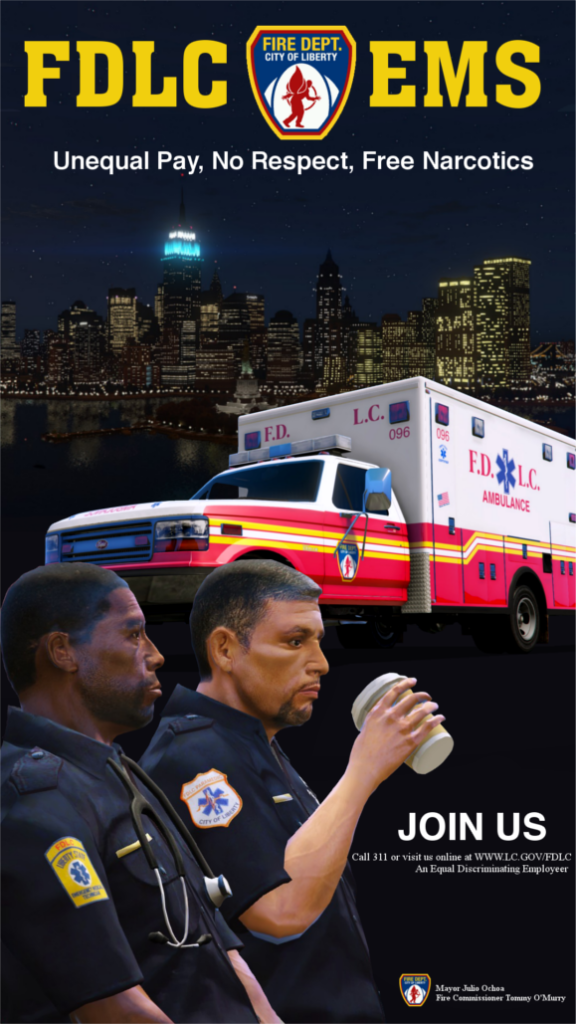 This is a small texture pack for Monkeypolice188’s Retro Vapid Sadler Ambulance,
That was included in his Liberty City Vehicle & Ped Pack.

When i saw that Monkey had put a fully templated retro salder into his mod pack,
it gave me an opportunity finally to make an retro style liberty city pack.

The textures for the ambulance are based on two era’s in FDNY EMS’s history.
The Pre-Merger Days of NYC EMS [ Pre-1996] and Post-Merger FDNY EMS [Post 1996]
So this makes LC-EMS and FDLC EMS based on both time periods.

I’ve make sure to have two numbered ambulances pre-skin, so one can keep them to a single era if wanted. There are a total of eight skins in this pack.
And there are full sized and 1024×1024 versions of all the ambulance textures.

Those being
(Green and White) NYC-EMS days , And the Current FDNY days. Reskins for the baseball caps are also included in this pack.

For this texture pack all you need is to have Monkeypolice188’s Liberty City Vehicle & Ped Pack of course.

To Install, Just follow the read me under the Installation line.

DukeOfFail
All Credit goes to Monkeypolice188