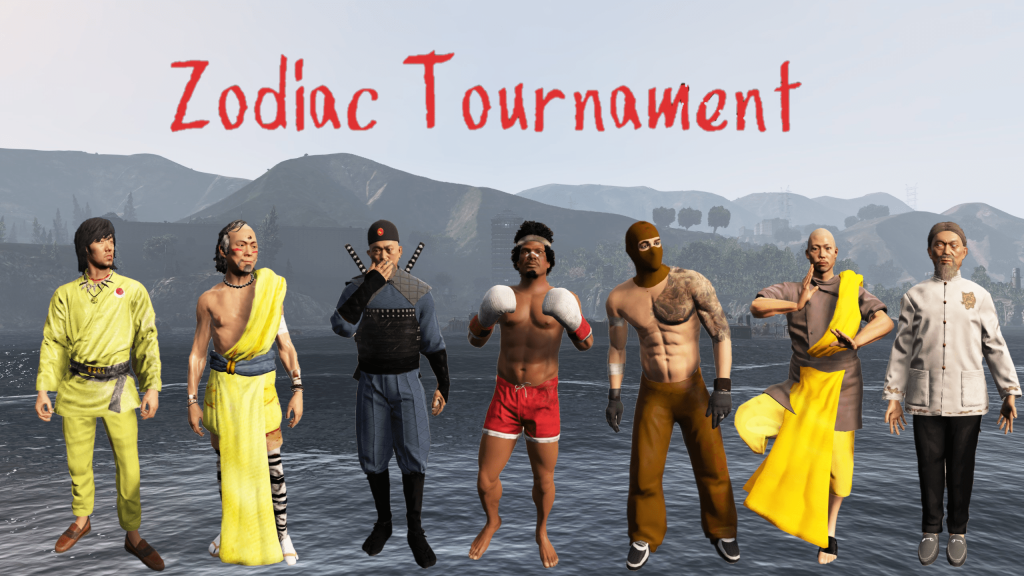 This mod adds 6 new models to the game via addon and installation!

Monks are usually peaceful, and sacred people, but they are not safe from the corruption of Los Santos. Far off on the beach side they lure in unsuspecting tourists to participate in brutal fights to the death in their Shaolin Tournament called Beach Side Kombat or heard of in Hong Kong as The Zodiac Tournament! Now you too can fight to the death against these monks, but their leader Zhi is not to be messed with. With the loss of his wife for a guy who sells refrigerators, spoiled brats for children and constantly dealing with people messing with his garden of peace, he is rather mental and aggressive! (Tribute to Dead Rising 3 psycho boss) He is joined by a familiar face that is well known in Hong Kong as Dr. Zhang (Drunken Master Enthusiast). Zhang has also played a part in the monk’s greed and corruption as he helps to fund their twisted games! Now trapped you too must fight to survive!

In the video I used “Rey Quarterstaff” by nsh3t in replace for the pool cue.

How to use
Input these names into the map editor ped list and spawn via map editor or spawn from “input ped by model name” located in simple trainer or however menyoo works.

All six ped models you see in the video showcase. (Can spawn via trainer with following names):

If you want to be able to use the attacks as shown in the video attached, come check out my Patron page! For a 1-dollar subscription you get the benefit of downloading our mod Updated Enhanced Fighting Animations v6.5! It is located in the link below, but completely your choice. No recurring subscription necessary and your contribution helps us create these awesome mods! 😀
https://www.patreon.com/wolffiremodz