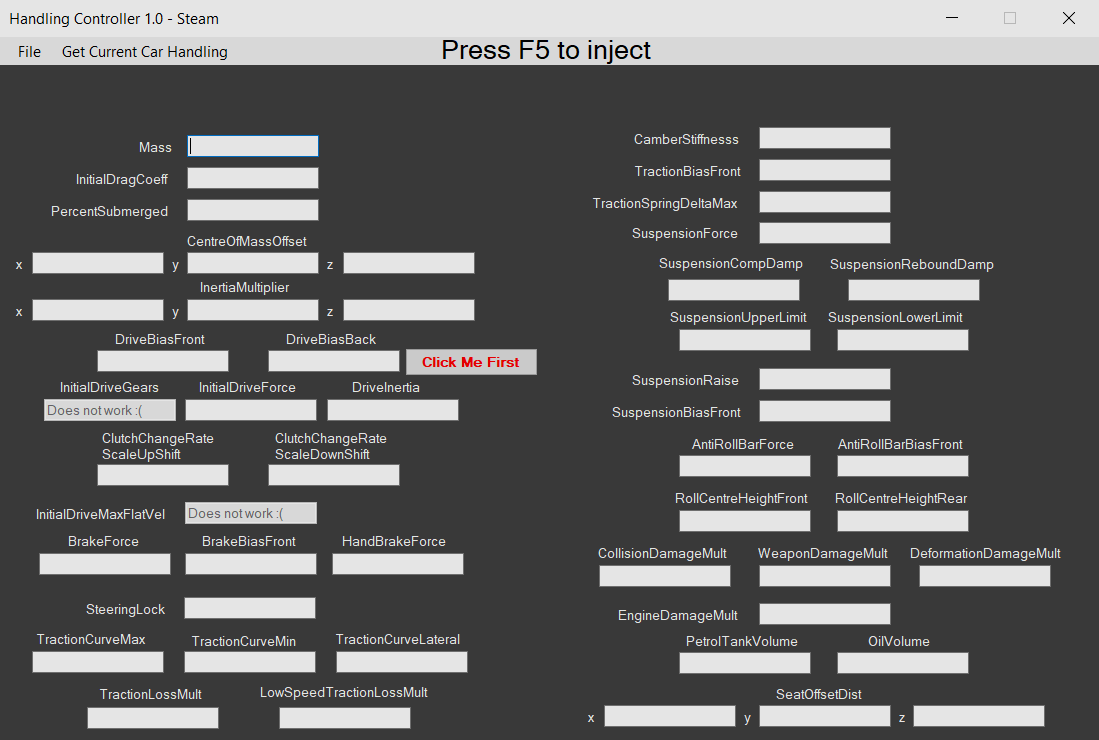 Handling Controller
This mod is intended to allow the user to be able to control the handling data stored in RAM while GTA V is running.

Tips and Info
Only change values in very small increments until you are confident with how changing each value affects the game. A good resource for determining what each flag changes can be found here, but do not pay attention to the values mentioned, as they are not completely accurate. Base all your changes off of the handling data that populates the text boxes when you press “Get Current Car Handling”.

Features and bugs
Currently, you can edit all normal car handling flags aside from the ‘InitialDriveGears’ (which controls that amount of gears the car has) and ‘InitialDriveMaxFlatVel’ (they’re hard-coded as far as I can tell.)
Do not attempt to inject without all the input boxes being populated. This will prevent all flags after the missing one to not inject.
The wheels must be on the ground for a period of time for the handling to update (this is a GTA issue, and cannot be fixed mod side.). Because of this if you go overboard and break a car, you most likely will have to restart your game unless you get lucky.

Installation instructions
Run after you start GTA V. Press “Get Current Car Handling” to populate all the values, and then press F5 to inject the new values once you have made changes.

This mod is based on the Handling Injector mod made by PeppeProduction, which does not work and has not been updated in over half a year. I have made attempts to contact the creator, but he has not responded.