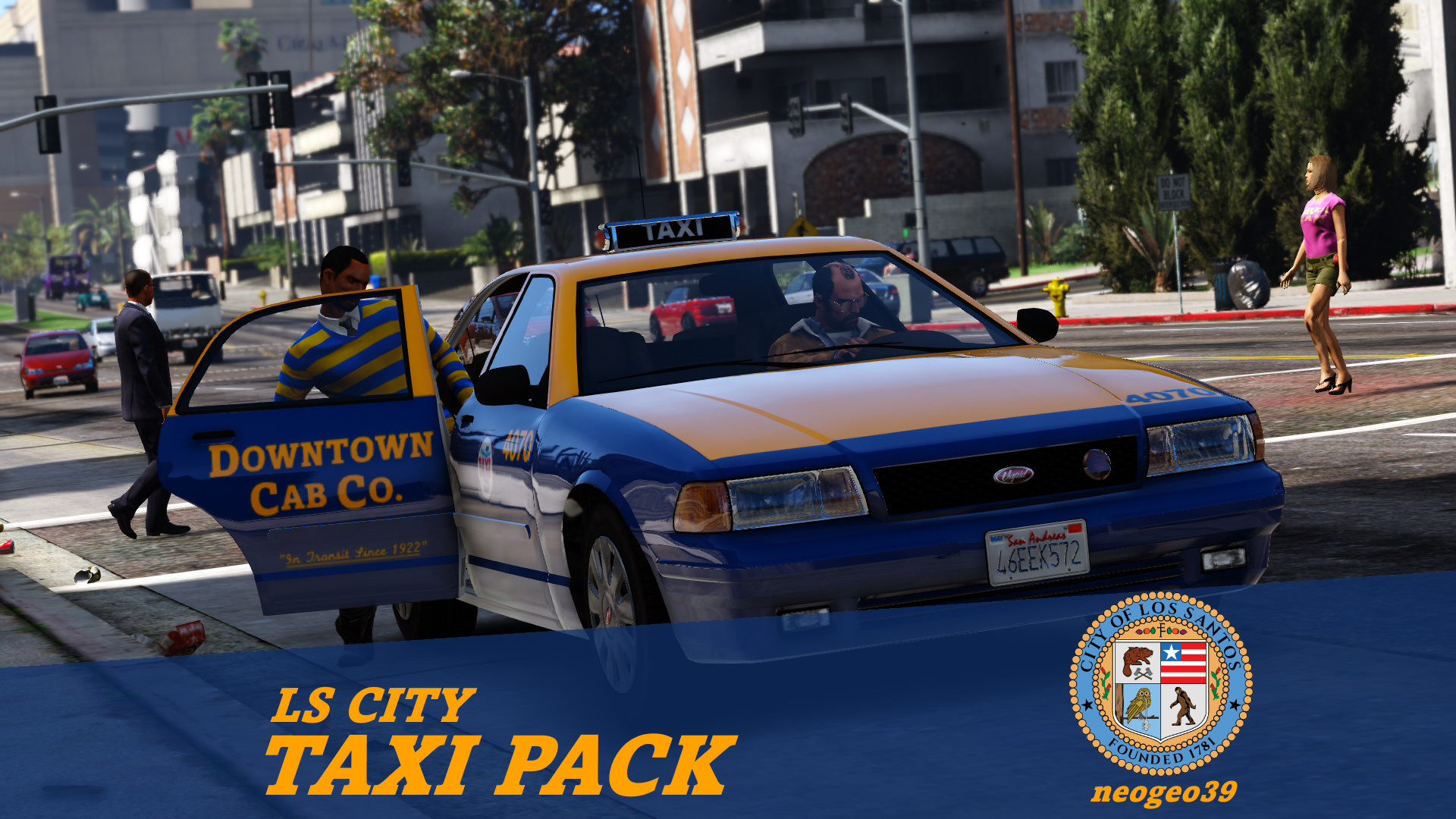 If you have the driving skills, the patience to sit in congested traffic that slowly ruins your lungs more than the 4 packs you smoke with the other drivers and you love to blast East Los FM with the same repetitive sonidito song, these cabs are the best choice for you. Now your LS will see more variety on taxi population and styles

Introducing the Los Santos Taxi Pack, a pack that aims to give taxi variety to the streets of Los Santos and an enhacement for the poor and lonely vanilla taxi. This pack is really intended to be used along with traffic mods such as TP Plus and the likes of that. The pack also includes a replacement for vanilla taxi in the form of an enhaced version using Fenton’s newest Stanier model as well a big variety of taxis from the 80s, 90s and 2000s. The pack includes a bunch of lorified Taxi companies from across LA, mixing irl and vanilla style in a perfect balance. I really, really recommend using EnhancedTaxiMissions.NET with this pack as only vanilla taxi can do base game taxi missions. This has been a tedious and long work for like 2 months and I really hope you all like it as much as I do.

THIS PACK INCLUDES
13 Taxi models from 80s, 90s and 2000s as well as a replacement for vanilla taxi:

INSTALLATION
-Drag the mod folder into your dlcpacks folder and add “neo_taxipack” into your dlclist.xml using OPENIV
-PLEASE, follow the instuctions in the readme file for the replace taxi stanier

-Glennoconnel: Improvements, and parts on Trunk
-Bravo-one-Charlie: Base taxi version, inspiration and help

For the Premier Classic

Also as always many thanks to the Lorehub team, specially to 11john11, Bravo-one-Charlie, TheF3nt0n, Weeby and others for advice and help as well as to the beta testing team