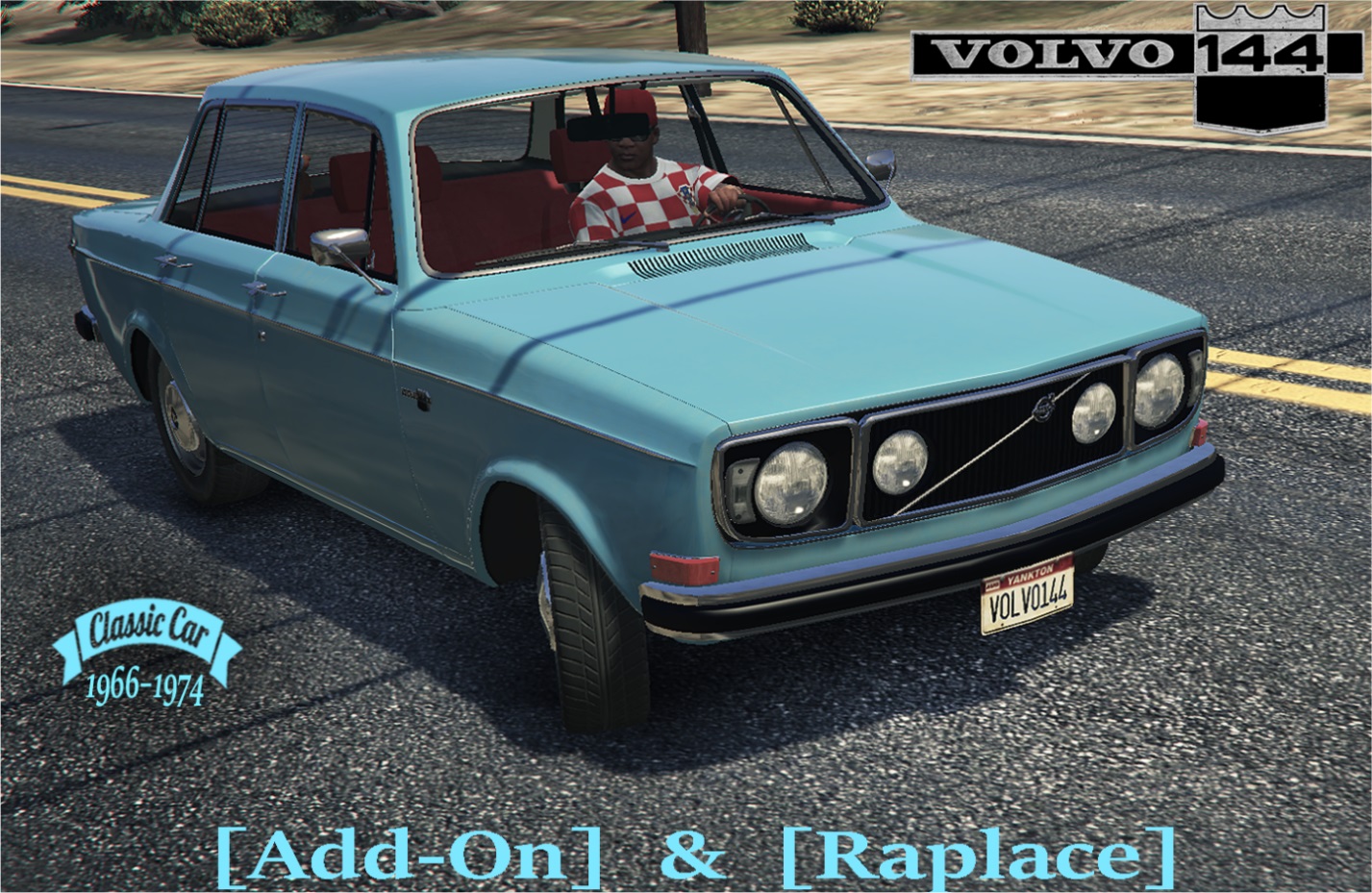 I wanted to bring this car to GTA-5 because my father had it (once upon the time). I made an Add-On version and even 6 replace versions of this car for gta5.
The Add-On version is a model from the 70s, but there is a tuning option with a chrome grille from the 60s. There is also the option of old Swedish license plates. There are three letters and three numbers on them at random, as there were on the original ones. They can also be customized, but only in the following way: three letters – small number-space-three numbers.
Replace versions is made for “Washington” and for “Taxi”. You can choose between two types of plates for both vehicles. For “Washington” you can also choose between two types of grille; while TAXI spawns randomly with one or the other grille. Taxi also has livery (Stockholm), and there’s a template if anyone wants to make their own. LODs are also mapped. Yes, there are LODs for all versions.
The hands on the steering wheel (with a little compromise) also suit female peds.The color of the interior can be changed on all versions. Also, for all versions of the car: breakable glass,dirt,dust,scratches,damage,burnt,inner glass does not turn black after upgrade…etc. Engine is animated, and somewhat taximeter too.
Dials are very correct and show the speed in mph (up to 120). The number of polygons varies depending on the versions, but not much. The highest LOD is about 190k -200k, medium 8k-9k, low about 2k, and very low about 450 polygons.

Changelog:
Version 1.1 – updated to fix some reported bugs
Changelog:
-Fixed a problem with collision (caused by towing hook)
-Corrected orientation of the badge on the right wing
-Corrections of UV2 channels on some textures in the interior (dust removed)