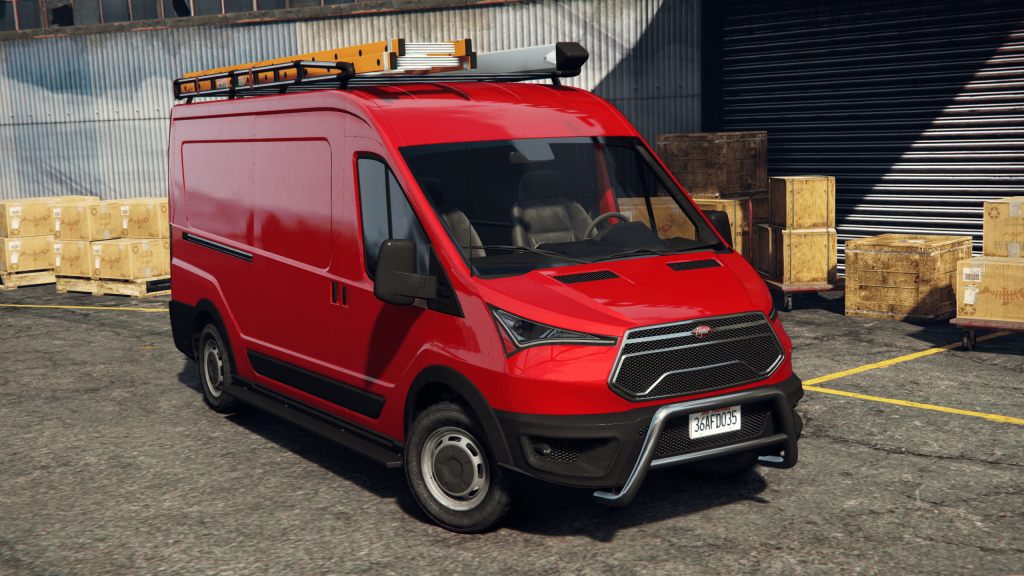 The present does not magically flow into the future when cab drivers get ousted by self-driving cars and camgirls by mo-capped JAV idols. It’s when engineers beat their hatchets into scalpels, burn their box-with-dick-all brand identity and let the modern corporate values into their vans’ life, that you know the change has come. And this Speedo is as radical a change as it could be. Welcome to the future.

DESCRIPTION
This is a lore friendly version of the Ford Transit, called the Speedo Express, scratch-modeled by TG_Stig. This van is designed to be the successor to the original Speedo. The van comes with nine lore friendly liveries, a side door on the right side, which can be opened and custom wheels that look similar to the real-life Transit.