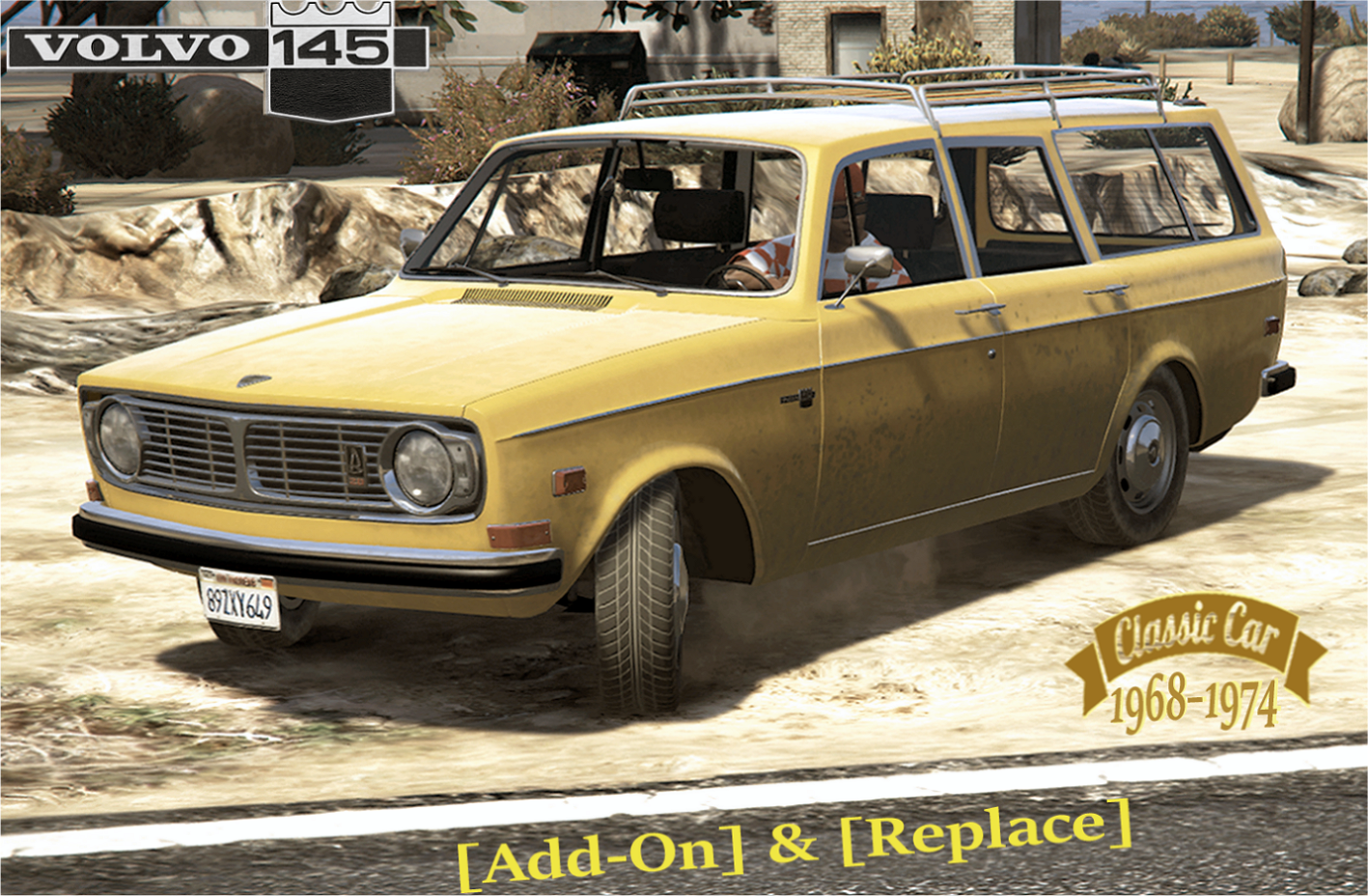 The Volvo 140 Series is a line of mid-size cars manufactured and marketed by Volvo from 1966 to 1974 in two- and four-door sedan (models 142 and 144) as well as five door station wagon (model 145) body styles—with numerous intermediate facelifts. More than a million Volvo 140s were built.
In 1968 production of the Volvo 145 5-door station wagon began, completing the three body styles used in the 140 range.

I made an AddOn version and replace versions of Volvo 145 for gta5.
The Add-on version spawns with diferent grilles (EXTRAS) from 60s and 70s.There is a tuning roof option that changes car to “Volvo 145 Express”, but also diferent rack options.Police and Ambulance roofs can go with livery mods (4 liveries and template).Tuning parts and LODs are also mapped. There is also the option of old Swedish license plates. There are three letters and three numbers on them at random, as there were on the original ones. They can also be customized, but only in the following way: three letters – small number-space-three numbers.
Replace version is made for Ingot, has no tuning options, but there are extras.
The hands on the steering wheel (with a little compromise) also suit female peds.The color of the interior can be changed on all versions. Also, for all versions of the car: breakable glass,dirt,dust,scratches,damage,burnt,inner glass does not turn black after upgrade…etc.
Dials are very correct and show the speed in mph (up to 120).The number of polygons varies depending on the versions, but not much. The highest LOD is about 200k, medium 15k, low about 5k, and very low about 600 polygons.It should be noted that in both versions a lot of polygons are contained in “Extras” that do not appear at the same time.
Installation instuctions in folders.