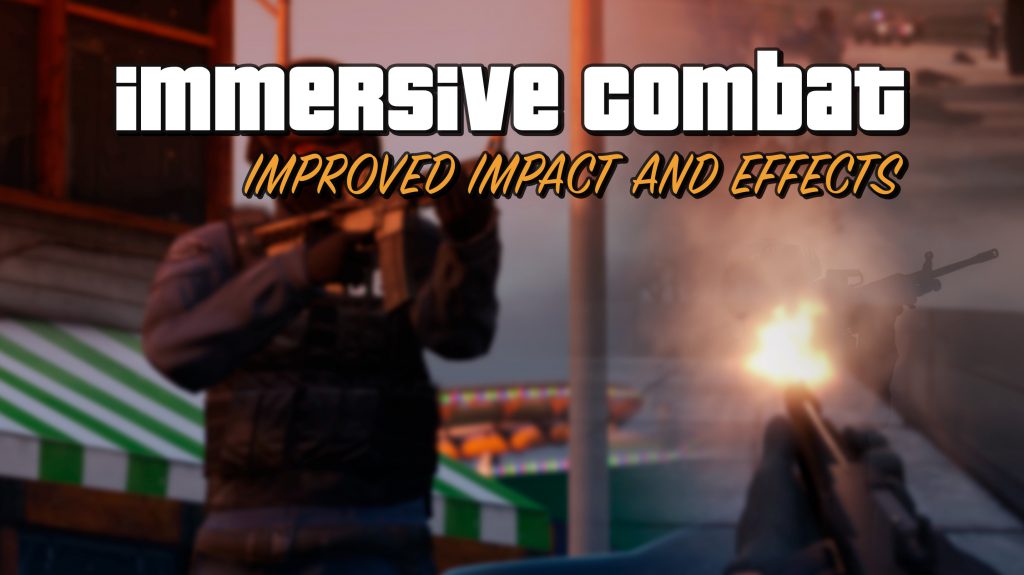 In GTA 5 shooting is not implemented in the best way. Effects do not look realistic, the bullets are too fast, and the rockets are too slow. The task of modification process the arms part of the combat system GTA 5 from the third and first person for better impression.

Main changes
-Сhange all the weapons including MK2 and the latest updates
-Changed the position of the weapon in the hands in the first person (now it looks more like a first person shooter)
-Increased the viewing angle when aiming from the first person
-Changed damage
-The amount of ammunition is reduced
-Redone accuracy and recoil
-Reduced reload rate
-The number of cartridges in the magazines is now like real analogues
-Reduced bullet speed
-Increased rocket speed
-Completely redesigned Muzzle effects
-Tracers removed
-Reduced bullet force when fired at a ped or vehicle
-Increased the rate of fire of some weapons
notes
-If you want more powerful reсoil, you can use Gun Recoil by Eddlm
-This should work fine with any euphoria mod if you install it after installing Euphoria

1.2 Small fixes. Added zoom on Marksman Rifle. Changed the animation of the run for some pistols.

1.3
-Increased the rapidity of the whole weapon to match the sounds of RGS
-The effects of some weapons changed
-Fixed reload animation Double Barrel Shotgun
-Marksman Rifle Mk II Now shoots quickly as an automatic rifle, also by default she has no scope. Now resembles M14
-Many more small fixes

1.5
-Some small fixes
-Reduced damage from some melee weapon, also a nightstick now is not lethal
-Improved position of weapons from the first person (Weapon is now looking at the center and compatible with laser by Trash8)
-Increased rate of fire for pistols
-Added Heavy Rifle

1.6
-Different ammunition for different weapons have been implemented, for example, the pistol now does not shoot the same ammunition as the 50pistol. AK shoots 7.62×39, AR 5.56×45 and so on
-Parameters slightly changed to comply with the ammunition that the weapon shoots
-Penetration peds by a bullet depends on ammunition
-Heavy sniper mk2 now shoots explosive ammunition