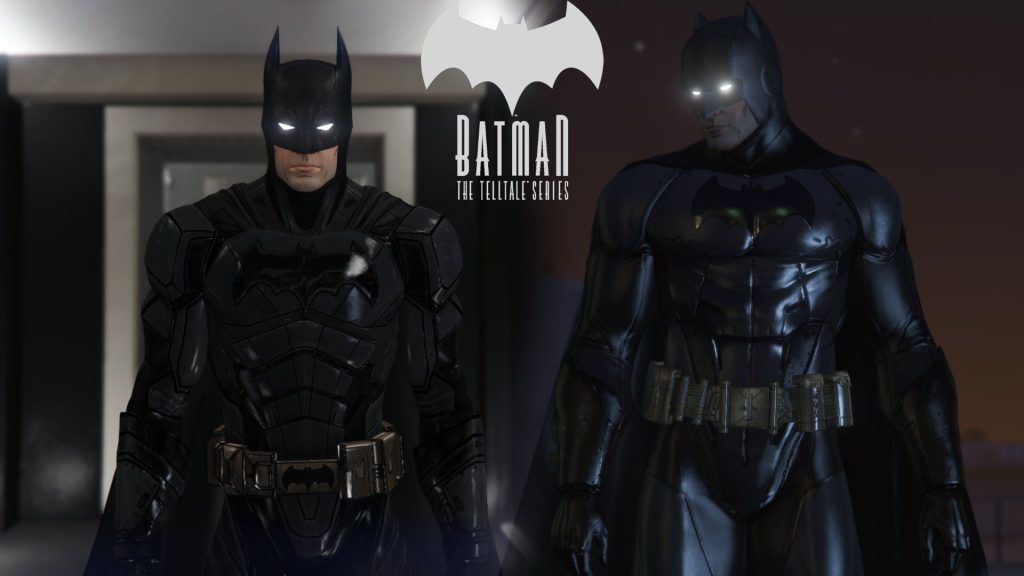 alright, I give you the telltale series pack im sorry it took so long, a lot of stuff came up for me but I finally got it done I should let you know of some things you should know that I didn’t had time to do my self because im in a rush to upload it now because I gotta go but here they are.

things you should know:
first the bruce Wayne no shirt, it’s a beta because I still haven’t match the hand color since I had to replace for some reasons you don’t really need to know right now so you can try to fix it your self until ill update it, or wait for me to update.

the second thing the season 2 suit came with 2 different textures, that’s why I added 3 versions of it so you can choose your self, one of them I made my self to make it look smiler to the game.

last thing, the Batcave, im proud of that small change I did I think it looks cool lol, but you should know I didn’t have time to change the batlocker suits to props instead of peds so you will have to install another suit that will be without the body parts area, also you gotta load the model before loading the menyoo file, and second I suggest to delete the yld file so your game won’t crash for me it didn’t because I don’t have more than 7 cloth suits installed but I still think you should do it ONLY TO THE RPOP TTS2 SUIT for the first season you don’t need to because it is already without is body area if you chose to in menyoo.

install:
download and install addonpeds, follow the instructions from there and do the same for the peds you want.

for the Batcave install:
first, download and install this- BATCAVE (Injustice)

Changelog:
2.0- fixed the hands now you will see the blades at the side of them. for the first season suit.

3.0- reworked both suits they are WAYYYY different now than the old versions, both have emissive and work with the batman script! you can toggle detective mode using H with the batman script or use trainer, they also have a gliding cape both faces rigged! and season 2 have a metallic effect and normal eyes version, both have unmasked too, and zero BUGS!!!! thanks to fuuma there will never be any bugs with my peds!.