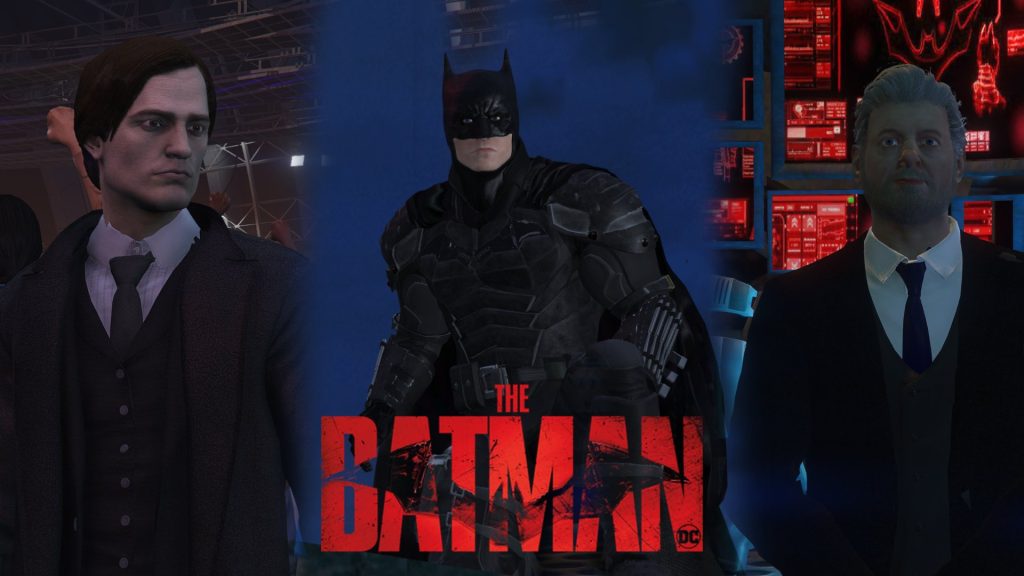 hey guys it is finally here!!! the batman 2022!!! we are so happy to bring you this, for those who don’t know us we are MTN 4456 and the Darth knight we have been posting here a while ago, a bunch of cool stuff but we started to put focus more on Patreon. BUT now we’re back!!! and what a comeback is better than having The Batman himself!!! the new trailer was sick!!! so with that, all hype expresses your ideas your hype IN GTA go crazy make videos do anything!!!! you control the story in this GTA world!!. :).

Bugs and features:
as far as I know, there aren’t any bugs, should work fine!!, only at the cars there is a small issue when you drop them they will shake and move a bit. other than that should work well!.
as for features the model has white eyes, and works with the Julio NIB batman script!!! make sure to grab it here- https://www.patreon.com/JulioNIB/posts
also the batmobile can Boost really fast if you click E in-game.

Summary of installation instructions:
if your new to all the addon peds well first download and install addon-Peds

2.22- fixed an issue that caused the batman ped not to load in-game for everyone, and fixed the ini file to work for the batman script.

2.2- complete rework of the entire suit!!!!! everything has been changed body, mask armor face EVERYTHING!!!! now it looks a lot more like the movie! and also has an unmasked version and you can remove the cape with accs! enjoy guys! :).

2.0 update- new batmobile has been added updated eyes for batman, to fit bruce and the movie, and new loading screen music has been also added!!! you can choose what you like most there are 3 themes in this update. huge thanks and credits to Samuel Kim for making these themes, make sure to look for him on youtube!! :).

huge credit to the Darth knight!! one of my best friend, and working on this with him was a lot of fun, he did most of the heavy work, without him none of that would happen 🙂 and since its an upload of both of us, I guess credit to myself too lol. and to our teacher and master and friend!!! the fuumasage for teaching both of us how to make peds and got us to where we are today, nothing would have happened if not for him :).